2021-01-25 01:09:01
Writing Scecretly With Naples, though, accounts are never closed, even at a distance. I've lived for quite a while on other places, but that city is not an ordinary place, it's an extension of the body, a matrix of perception, the term of c... 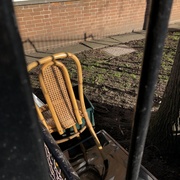 5964944
2009-08-14加入
关注此人 发豆邮
Because we don't know when we will die
We get to think of life as an inexhaustible well
Yet everything happens only a certain number of times
And a very small number, really
How many more times will you remember a certain afternoon of your childhood
Some afternoon that is so deeply a part of your being that you can't even conceive your life without it?
Perhaps four or five times more
Perhaps not even that
How many more times will you watch the full moon rise?
Perhaps twenty, and yet it all seems limitless


Where, indeed, would I ever be a citizen?
We should all be feminist.

"Because we separate
Like ripples on a blank shore" - Reckoner, Radiohead

"The wind played with the sounds of the bell as if they were snowflakes; chasing after the chimes, it spun them out in the huge space, so that some were broken up or stretched out into a long wave of sound, while others just disappeared in the general din. " - On The Road, Anton Chekhov 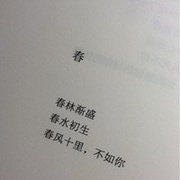 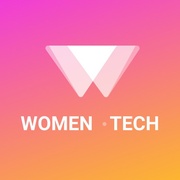