Book "The End of the Beginning" finally published!

Goertzel, B., & Goertzel, T. (2015). The End of the Beginning: Life, Society and Economy on the Brink of the Singularity (1 edition). Humanity+ Press.


Here is the book to which several GBI members contributed with a number of important papers. (It contains my "Return to Eden" paper, and also in-depth contributions from Weaver, Viktoras, Clement, and a number of well-known futuristic thinkers such as Aubrey de Grey, Max More, Hugo de Garis and Robin Hanson). Definitely worth reading and making publicity about, so please pass this via your different channels!


A deep, diverse edited volume addressing the most critical issues regarding the future of humanity and intelligence -- with chapters authored by a who's-who of leading futurist thinkers and doers.

According to Vernor Vinge, Ray Kurzweil and a rapidly increasing chorus of techno-futurists, we are living on the brink of a technological Singularity - a time when machines will become vastly more intelligent than humans. In such a scenario, death, disease and everyday material scarcity will be radically diminished, and life will be dramatically different in many other ways.

But what will the path to this amazing future look like? How will human life grow and unfold as technology advances and Singularity approaches? The chapters in this book approach this issue from the perspectives of multiple visionary authors from around the globe, covering topics such as the impact of life extension, the future of money and exchange, the future of human psychology, biological self-modification, intelligence enhancement, automation and escalating unemployment, the possibility of global war between pro and anti technology forces, the impact of future technology on Asia and Africa, the emerging Global Brain, the future of surveillance and privacy, and much more.

There are no easy or definite answers here - but lots of fascinating questions to explore.

CONTENTS
Chapter One: Predicting the Age of Post-Human Intelligences, by Ted Goertzel and Ben Goertzel
Chapter Two: A Tale of Two Transitions, by Robin Hanson
Chapter Three: Longer Lives on the Brink of Global Population Contraction: A Report from 2040, by Max More
Chapter Four: Implanting Post-Human Intelligence in Human Bodies, by John Hewitt
Chapter Five: The Singularity and the Methuselarity: Similarities and Differences, by Aubrey de Grey
Chapter Six: Robotics and AI: Impacts Felt on Every Aspect of Our Future World, by Daryl Nazareth
Chapter Seven: Robotics, AI, the Luddite Fallacy and the Future of the Job Market, by Wayne Radinsky
Chapter Eight: Moral Responsibility and Autonomous Machines, by David Burke
Chapter Nine: How Will the Artilect War Start?, by Hugo de Garis
Chapter Ten: Return to Eden? Promises and Perils on the Road to Global Superintelligence, by Francis Heylighen
Chapter Eleven: Distributing Cognition: From Local Brains to the Global Brain, by Clément Vidal
Chapter Twelve: A World of Views: A World of Interacting Post-human Intelligences, by Viktoras Veitas and David Weinbaum (Weaver)
Chapter Thirteen: Chinese Perspectives on the Approach to the Singularity, by Mingyu Huang
Chapter Fourteen: Africa Today and the Shadow of the Coming Singularity, by Hruy Tsegaye
Chapter Fifteen: The World's First Decentralized System for Financial and Legal Transaction, by Chris Odom
Chapter Sixteen: Beyond Money: Offer Networks, a Potential Infrastructure for a Post-Money Economy, by Ben Goertzel
Chapter Seventeen: Sousveillance and AGI, by Ben Goertzel and Stephan Vladimir Bugaj
Chapter Eighteen: The Future of Human Nature, by Ben Goertzel
Chapter Nineteen: Capitalism, Socialism, Singularitarianism, by Ted Goertzel
Chapter Twenty: Toward a Human-Friendly Post-Singularity World, by Ben Goertzel
Chapter Twenty-one: Looking Backward from 2100, by Ben Goertzel and Ted Goertzel


About the Authors
Dr. Ben Goertzel is a leader of the field of Artificial General Intelligence, and a prolific speaker and writer on topics related to AI and its future. He serves as Chief Scientist of financial prediction firm Aidyia Holdings; Chairman of AI software company Novamente LLC, bioinformatics company Biomind LLC. the Artificial General Intelligence Society and the OpenCog Foundation; and Vice Chairman of futurist nonprofit Humanity+.

Dr. Ted Goertzel is professor emeritus of sociology at Rutgers University, with research expertise in political sociology, statistical data analysis, psychobiography and other areas. In recent years he has published papers and given talks on the future of AI. 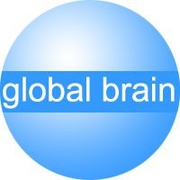