News are today that writer Sir Arthur C. Clark died today in Sri Lanka. He uses 90 years young. The prolific writer contributed 100 books on space, science and the future, but he was mostly known to the masses for being one of the writers behind the very successful 2001: A Space Odyssey movie directed by Stanley Kubrick. 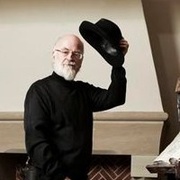