Children of bodom
Alexi Laiho "WildChild" is a musician and performer with both vocals, and guitar. Before started playing guitar at age 11, he was playing violin since age 7. After taking part of an experimetal music band named T.O.L.K. with friends from the conservatory, Alexi founded in 1993 the black/neo-classical metal band IneartheD together with drummer Jaska Raatikainen and then-bassist Samuli Miettinen, IneartheD became Children of Bodom when Alexi supposedly quit the band and formed a "new" band in order to escape an ongoing contract and sign with!At the age of sixteen, Alexi quit school in order to be able to dedicate himself fully to Children of Bodom. In 1997 he joined Thy Serpent, but did not remain for enough time in the band to record an album.With the release of Children of Bodom's debut Something Wild missing the Top 40 in the Finnish chart at #44, the band played a concert with Impaled Nazarene in Russia, and Alexi was invited to join the latter band as a lead guitarist. Alexi joined Impaled Nazarene and remained with them until 2001, but never held much interest in the band.In 1999, Alexi was invited to join Sinergy by Kimberly Goss, as the lead guitarist and support keyboard player. In 2001, Roope Latvala joined Sinergy, and a "master against disciple" situation was created, resulting in several guitar battles on the solos of Sinergy's songs. Alexi was a guest musician on a song by To/Die/For ("In the Heat of the Night") and on a few songs by Norther, he also co-produced the debut album of the band Griffin, all between 2001 and 2002.In January 2003, ESP Guitars announced a line of Alexi Laiho Signature Models. .. 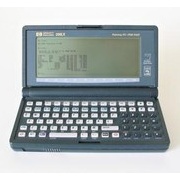