Established by a gift to the Association from the friends of the prominent historian of China and East Asia at Harvard and President of the Association in 1968, the Fairbank Prize is awarded for the best work on the history of China proper, Vietnam, Chinese Central Asia, Mongolia, Manchuria, Korea, or Japan since the year 1800. The prize was originally offered from 1969 with a $500 award, but in 1985 it became an annual prize with a cash award of $1,000. 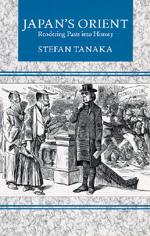